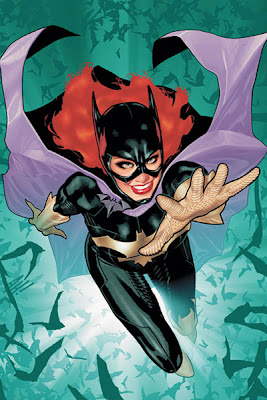 The almost original Batgirl, Barbara Gordon, is back, and as you can see with her new textured gloves she can open a mean pickle jar and dispense gardening justice. We all know that what was 25 years, or so, for us, and, it seems, three years ago for Babs, she was shot in the spine by the Joker and was unable to walk for the rest of the century and a bit. This is part of the new 52, so just how much this Barbara has in common with the Barbara we all grew up with seems to sort of be up to the reader. I for one don't mind the ambiguity, but if there's one thing continuity bears hate, it's ambiguity; so this could end being a big snag for the titles in the new 52 where some of the old history apparently either applies or is at least duplicated, but they don't exactly tell you.

The writer is Gail Simone and artist is Ardian Sarif who at his best actually reminds me a bit of Herb Trimpe, strangely (though this could in part be down to the inking of Vicente Cifuentes) - but who unfortunately has a few anatomy problems to work out, as evidenced by a Spider-man-esque splash page of Batgirl swinging through the city in which her body parts look a bit distorted. There is also a certain amount of spatial confusion on a panel to panel basis, but it is still overall quite decent. There is nothing outstandingly distinctive about his style, at least so far, but it is cinematic and does the job.

As far as the writing goes, there are some neat touches. I like the idea that Batgirl's eidetic memory, which is something that has been referenced probably as far back as her first appearance in Detective #359, is a kind of burden as she is tormented by the memory of the Joker's attack on her, which, as she mentions in the narration, was part of a home invasion - neither contradicting nor sustaining the exact version of the event we saw in The Killing Joke. This is also interesting because in a way, it is almost that this attack is now at least one of her motives for fighting criminals, just as the murder of Bruce Wayne's parents is for Batman. As a matter of fact, this does accomplish the feat of turning a story idea I never liked into something interesting. However, that this version of Barbara Gordon had some affiliation with Batman before the incident is made plain in one caption; but it's not clear if she was actually Batgirl or not. Again, ambiguity. I'd be just as happy with the stories just going forward without that being cleared up or obsessed about much, but that likely won't happen.

In this version it seems that event happened three years prior, and Barbara has actually regained the use of her legs and is now very anxious to take down some criminals. And so in the opening story, we see her confront a group of home invaders, she gains a somewhat irritating new roommate, a villain named the Mirror is introduced, and then we end on a cliff hanger. My main beef is the continuing use of the first person narration via captions, which have essentially replaced thought bubbles in modern comics. They have that weary, jaded tone that's in every comic, I wouldn't mind seeing something different. But this is a decent reboot, and Batgirl's costume, a little more textured, looks good back on Babs.

On a scale of one to ten I'm giving it a B+. Nothing blew me away but it sustained my interest and I will get #2 and probably more because I want to find out more about The Mirror.
Posted by Aaron at 4:39 PM

Aaron, your blog seems to be stuck at this post, but I'm sure you've updated it as I saw a more recent post by clicking on through someone else's site. Do you know what the problem might be?

Aaron
Obsessive; culture junkie; bookworm, movie watcher, comic addict, record collector, media writer, novelist, private jazz dancer. A man with the brightest of futures. A man with the darkest of pasts. Or is it the other way around? 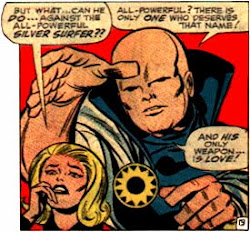 This is my blog about the comics I read, and why I read them; my collecting habits, and generally anything about comics that pops into my head. 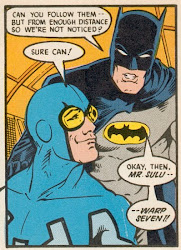 "If These Be Blogs!" 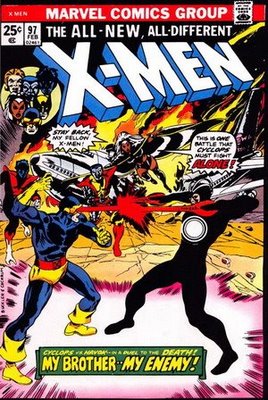 Do You Dare To Follow...The "Following"? 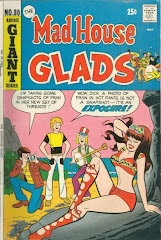 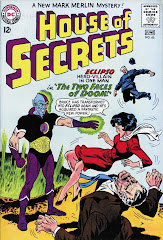 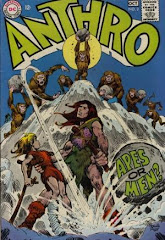 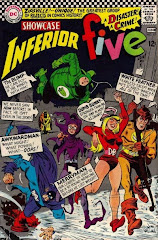 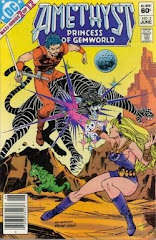 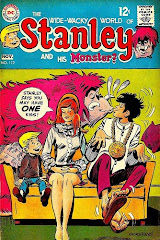 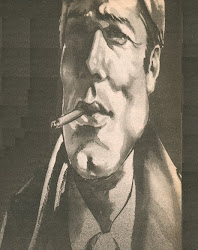